To help you plan your visit to Paris and organize your event, you will find below a list of events that take place every year.

Only the top events of the Parisian calendar are presented. Find the list of major Parisian exhibitions, Parisian sporting events and the complete agenda of trade shows and fairs held in Pairs.

End January - beginning February. The Chinese community in Paris, for the most part resident in the 13th arrondissement, holds its New Year celebrations. There is a spectacular and colourful parade, with dragons, music and traditional costumes.

The day for lovers. Red hearts and roses fill the shop windows.

Festive air in the Paris streets with festival walk, performances, musical parade ... The Carnaval de Paris takes place every year between the beginning of February and mid-March.

European Museums Night (Nuit Européenne des Musées) is a cultural event. The public can visit Parisian museums and cultural sites free of charge. Many establishments offer a programme of special events for the occasion.

This 'celebration of music' event takes place around the world on 21 June (date coincides most often with the first day of summer), mainly in the evening and all night until early morning.

The French National holiday celebrates 14 July 1789 and the French Revolution.  In Paris and all over France, this popular celebration is witness to spectacular firework displays and fun-filled dances on the evening of 13 July.

Dozing in the summer sun by the water, taking part in an exciting beach volleyball match, getting a tan together whilst the kids play … In summertime in Paris, this is all possible with the Paris Plages event!

Paris Fashion Week is a clothing trade show held semi-annually in Paris with Spring / Summer and Autumn / Winter events held each year. Dates are determined by the French Fashion Federation.

An opportunity to discover, free of charge, marvels that are inaccessible during the rest of the year, in Paris and throughout France. Major private or official buildings open their doors to the public. It only takes place 2 days a year, the 3rd weekend in September.

Visits of artistic and cultural Paris… by night.

This is when you’ll find Christmas markets, decorated window displays at the department stores, illuminations along the Champs-Elysées or the Boulevard Haussmann, nativity scenes and midnight mass. 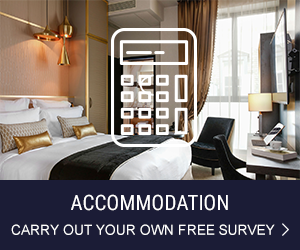